Moai 200 vat is made of the 3 parts. The Metal frame, The vat plate, and the FEP film 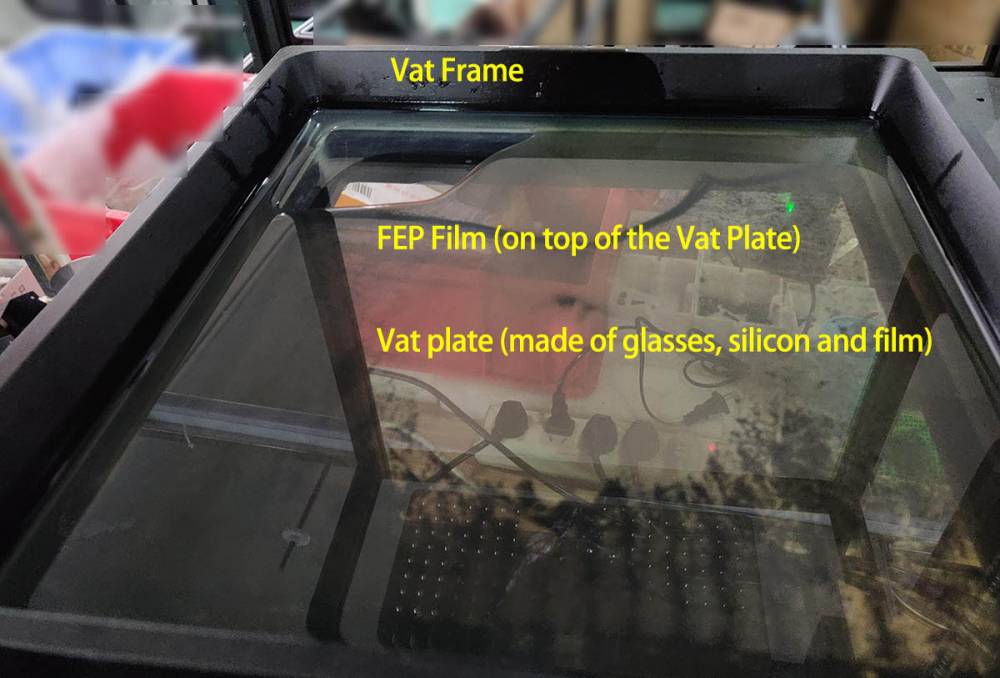 Vat Frame - It is made of aluminum (black) and forms the edges and walls of the vat. It is secured on the 200 by 2 screws. This is not a part that breaks. It also held the plate and FEP film in place so they can

Vat Plate - This is the glasses plate in the center of the vat. It helps to keep the fep film flat by pushing against it. It is an important part of how well the vat functions. This is also not a part that breaks easily. The Moai 200 plate originally was a solid large piece of glass. It works with the suggested setting but it is not as easy to level as Moai 130. So in April 2019, we developed an advanced version of it. This new version has a PDMS (silicone) layer on top of the glass plate and a film (not the FEP film) on top of the silicone. For more information, you can read about it here.

FEP Film - This is the part that is on top of the vat plate and touches the resins. This film is made of the same material coated on non-stick frying-pan, and the goal here is to make it easier for the resin print to separate from the vat during each layer change. This is the consumable piece of the vat

To see how these 3 parts work together, you can check out this video on how to change Moai 200 film: